The concept of games has always instigated a fire in the minds of humans. With the advent of the tech-savvy 21st century, game development has witnessed a new dawn. Adrenaline has found a new home in the lairs of desktops, mobiles, and video game consoles. With increasing mobility, gameplays are adapted daily to a new realistic format day by day and hence require superior technology at their service every time.

This is the major factor for the whopping $99.6 billion revenue generated by the global gaming market in 2016, out of which 37% of the revenue came from mobile games only. Observing the recent trends, the forecast that the mobile gaming market will overshadow PC and Console gaming by the end of 2017 is worth betting on.

Thus, having an idea that can be modeled as a trendy game is equivalent to a hundred lotteries. Although it might seem a good reason to divert your attention and resources to this field, a concept alone cannot guarantee success in this technically multivariate world. To ensure some amount of predictability, it is of utmost importance to research the dynamics of game development, for instance, which platforms should the game be deployed on, and which game engines, frameworks, and tools are available to ease out this development process.

A game engine is software specially developed for creating games. All famous games, like Assasin’s Creed or the Arkham series, started their journey with launch pads called game engines. They bestow imperative technical support, add enhancements, and assist developers in creating challenging levels to add on a whole new layer of advancement and fun in this competitive gaming landscape.

Due to recent advancements, game engines have become the accessories that engage the developers in easily curating the complex fanatics of their idea, by reducing the huge weight of development. From outputting lightweight games to cross-platform interoperability and public access to free modules, the companies aren’t leaving any stones unturned for the sake of user experience.

With a countless number of options available, it has become extremely arduous to find the perfect framework for the game. Some score a high on visual interfaces, some have immaculate cross-platform functionalities, while others offer amiable 3D support. The dilemma of “choosing the best game engine for my game idea” has no single correct solution. Although after making a list of some of the famous and optimal game engines existing now, we hope to resolve your dilemma up to some extent.

One of the most popular game engines today, Unity requires no introduction. Some of its famous masterpieces are Temple Run, Angry Birds, and Tiger Woods PGA Tour 12: The Masters.

Unity is the savior of 3D games with high complexities. The recommended language that it supports is C# or Boo. At the same time, Unity has its own language called UnityScript, which is designed like JavaScript. Thus, depending on preference or knowledge, the developer can choose amongst various scripts.

Talking about gameplay development, slicing up images, and laying out and organizing animations is so painless due to the presence of its inbuilt Sprite Editor. Molding the gameplay by pausing and manipulating the scenes through the intuitive editor is no big deal in Unity.

The best thing about Unity is its Asset Store, a stress reliever for all developers who lack designing skills and aren’t on the stage of hiring an artist yet. The Asset Store boasts of a custom-made array of various paid and free assets in the form of modules and codes, which can be deployed directly for improvement of the scenes, adding unique lighting or stunning GUI.

And finally, the cherry on the cake is cross-platform development. Studio projects can be easily deployed to 25+ platforms including Android, iOS, Windows, OS X, Xbox 360, Linux, PlayStation 4, Android TV, Samsung Smart TV, and a lot more.

When it comes to pricing, Unity offers various subscription plans for different products, whose cost is fixated on the revenue generated after a slab, and services offered in each product. Thus, If you make enough money, you have to pay some fixed amount to Unity.

Although 3D games are easier to handle in Unity, the real hassle comes with some 2D games due to performance issues observed throughout Unity 3D. Also, mobile builds require large space on the phone, which is a major turn off.

Another big name in the game development industry, Unreal Engine is relentlessly magnificent in terms of realistic graphics, stunning visuals, and much more. To some extent, it has obliterated the need for programming by allowing visual scripting of various applications.

Unreal Engine uses C++ for programming and supports cross-platform development. A project can be modeled simultaneously for iOS, Windows, and Android in mobile devices along with Windows, OS X, Linux, HTML5, Nintendo Switch, PlayStation 3, PlayStation 4, Wii U, Xbox 360, Xbox One.

With its powerful Blueprint Editor, every project can be developed in a visual manner. Be it adding and designing game levels or modifying visual effects or physics simulation and animations, there’s only a limited need for programming.

The script modeling strategy can be worked upon in a versatile flow diagram manner. Like a flowchart, it easily depicts the program flow between various functions or values at a glance. This visual interpretation has put the complexities of game development at bay.

Alongside numerous tutorials on the website, Unreal Engine has a huge community and forum of developers, where they engage in discussions and help each other out. As far as pricing is concerned, Unreal Engine is free to use, but the developers are supposed to pay 5% of their sales revenue, as soon as the game is out in the market.

A leading and progressive feature-packed 2D and 3D game environment, Godot is an open-source game engine laced with powerful tools.

With its unprecedented features and easy to use tools, it poses a great competition to the big fishes that are Unreal Engines and Unity.

Godot has its very own scripting language, GdScript which is easy to learn and similar to Python and a mix of JavaScript, PHP, and C++.  Any developer with decent coding experience can get his/her hands set on GdScript very swiftly.

Like its counterparts, Godot offers multi-platform deployment. One can deploy games to desktops (Windows/OS X/Linux), smartphones (iOS/Android/BlackBerry 10/Windows), web (HTML5), and to PlayStation 3, PlayStation Vita, and Nintendo 3DS as well.

The biggest reason to cheer for Godot is that the engine is completely free to use. There are no dependencies on the revenue model or any plans for upgrading. Also, it provides built-in physics modeling, integrated animations editor, unified game editor interface, a powerful debugger for checking bottlenecks, drag and drop interface, and several unparalleled functionalities.

This engine has also garnered the support of non-programmers who can join the mobile game development process easily via user-friendly UI. Lastly, the products are lightweight, executable files under 40 MB which are portable as well.

However, the 3D game development area in Godot suffers major drawbacks when it comes to rendering advanced graphics and physics simulations for 3D games.

Gamemaker is synonymous with the uncomplicated 2D game development process for mobiles and desktops alike. Due to the flexibility offered, easy learning, and high performance, it is an excellent choice for developing 2D games.

The primary scripting language is GML(GameMakerLanguage), which shares similarities with Java. GML is basically more useful for conventional programming methods to control the flow and design of the game in comparison to the drag and drop feature.

Gamemaker’s environment is very supportive to non-programmers who can also get their projects done here, without technical support from developers. It is cross-platform too, with portability access to Windows desktop, Mac OS X, Ubuntu, Android, iOS, fireTV, Android TV, Microsoft UWP, HTML5, PlayStation 4, and Xbox One

There’s a free version available that has extended the full game development capability, excluding the cross-platform export modules, for which a standard version needs to be purchased. The editor is powerful enough to manage different assets like shaders, sounds, sprites, objects, and background.

Gameplay development for 3D games is not very popular with Gamemaker, due to instances of immature crashing during compilation. The cost of the standard version has burnt the pockets of many indie developers too.

Another known name in the mobile game development field, Gideros is an open-source and free to use the engine for 2D games. Like others, it offers cross-platform portability for android, iOS, Windows, and MacOSX.

Gideros uses Lua as its programming language. It has very powerful functionalities that bestow facilities like providing C++/Java/ObjC libraries next to Lua, to call library functions to be interpreted under Gideros Studios.

With a simple and straightforward workflow, it has a unique feature of hot code reloading that allows one to monitor the changes made in the code dynamically. This instant testing has made this engine popular among various mobile game development companies.

Automatic scaling and screen resolution, font creation and texture packer tools, scene manager and classes for transitions and animations are its notable features. Other than these it has a small and advanced community forum for discussions and guidance.

Saving the best for the last, Cocos2d is a proven engine for mobile game development, especially for iOS devices. Cocos2d-X, the mobile variant of Cocos2d has been the choice for more than 25% of the iPhone games and is a leading contender amongst the giants like Unreal Engine and Unity.

Like Gideros, Cocos2d applies Lua for the programming part and it supports both Lua and Javascript. Cocos2d-JS is used to develop games across web and native platforms, and the native solution has a great performance – much better than the hybrid solution.

For the optimal rendering of 2D graphics, Cocos2d uses OpenGL. And for rendering the physics and its simulations, it uses Chipmunk. Cocos2d-X employs a C++ based engine for gaining CPU advantage and mesh methods to engage sprite rendering. Using Cocos Creator, one can open the gateways for using the framework, scene editing, debugging, and game previews.

Lastly, games from the studio can be deployed to Windows, iOS, Android, Linux, OS X, BlackBerry, and Tizen. Cocos2d-X is very efficient in creating games that have very low size, around 1.5 MB.

The game development process can become very perplexed when it comes to choosing the best game engine. With such an ample number of game engines, each has its own wide array of merits and perils. If you are thorough with the concepts of programming languages like Lua, C++, JavaScripts, C#, etc. or feel you have the aptitude for quickly digesting technical knowledge, try out the most basic versions of these engines to see which suits your idea the best. Otherwise, it is always better to outsource the project to an able mobile game development company that can get the work done in a lesser duration and at a cheaper cost than hiring a team of developers and designers. 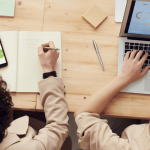 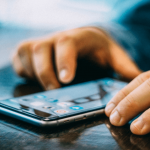 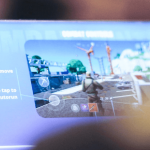 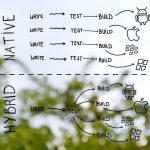 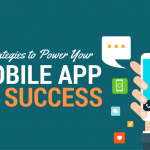